Camerata Nova is scheduled to release a recording and video performance for Captive, the third project in their Reconciliation Series. Looking to be released this year, the series is spearheaded by composer and Camerata Nova Artistic Director, Andrew Balfour, who curates each concert around a theme that resonates with the Canadian Indigenous experience. So far, the series has featured collaborations with an impressive range of Indigenous artists, including Cree hip hop artist Lindsay Knight and Polaris winner Jeremy Dutcher (Taken, 2017), and traditional Ojibway drummer-singer Cory Campbell and cellist Cris Derksen (Fallen, 2018). Captive will feature compositions by Andrew Balfour, Cris Derksen, and Eliot Britton.

Originally slated for May 2020, the Captive concert now has additional time to percolate (in the midst of the pandemic), and Balfour has been unexpectedly grateful for the extra time.

One of the added challenges of the Captive, prior to May 2020, had to do with the lack of familiarity between the collaborators, in addition to being scattered across the country as active performing artists. In order to create a truly exciting collaboration, one that is cohesive and forward-thinking, Camerata Nova decided to organize a composer gathering for all of the creatives involved in the project. The gathering took place over four days in the Manitoba prairies (in the middle of winter!) and proved a valuable bonding experience for all involved. For Balfour, it was an essential event in his creative development of the concert.

“I think that Captive will be profound in part because it’s changed so much. To have an extra year to sit with the project has been very eye-opening into what we want its statement to be.”

“Our platform is, of course, choral music, which can be an incredibly powerful medium. With this project, we’ve been able to collaborate with Indigenous artists at a high level, and bring their vision to fruition through the artistry of conductor Mel Braun, head of the vocal program at the Marcel A. Desautels Faculty of Music, and the singers of Camerata Nova, alongside the safe space we’re able to offer these artists.”

Ultimately, the pandemic has given Balfour the time to go deeper into the story he wants to tell, and figure out the best methods to provide the context of this story to his audiences.

“The motivation at the heart of the Captive project (and the entire Reconciliation project) is to provide a platform for the voices of Indigenous artists. Though we may delve into some pretty heavy subjects, it’s so important that we provide our audience with the right context. This is vital. It’s one thing to be an artist or creator or composer and have something to say about murdered or missing Indigenous women, or Residential Schools or addictions; but you have to give performers and audiences context. Otherwise, the message will be lost. The country in general needs context.”

Balfour’s own 25-minute piece, ‘Captive,’ has evolved over the course of the last year. Initially intended to tell the story of Chief Poundmaker, the historically renowned chief of the Poundmaker Cree Nation, the narrative has instead morphed into a larger story of Indigenous incarceration, to be presented in five abstract scenes.

“There’s a legacy in our country of imprisonment of Indigenous people, and it’s a very tragic part of our colonial history here; indeed, most of our prisons are still filled with Indigenous people. One of the key things these Truth & Reconciliation Concerts do is allow myself and other composers to reset and rethink how we want to tell a story. Like ‘Notinikew’ (from the Fallen 2018 concert), it is not my intention to end ‘Captive’ with a positive note. Although I am myself a positive person, this is a subject that doesn’t have an optimal conclusion.

“Alongside that thought, it’s also important for me to highlight that I don’t speak for all Indigenous people. I can only speak from my perspective. Indeed, I’ve had a little experience within the justice system, and have seen the powerful tragedy and racial injustice from the inside. But of course, this injustice is everywhere; it’s in the medical system, it’s in the social system, it’s in our religious institutions, it’s everywhere. And the people who work in these systems, they are our intended audience. Ultimately, these Reconciliation stories are meant to be seen by those who are non-Indigenous.

“I can’t explain emotionally what the listener will get from my piece. I do feature the choir in a way that’s both subtle and important; they’re the bystanders and witness to what is happening. I was originally going to use performance art again, but I’ve decided instead on doing something that better features the choir and the powerful vocal forces that we have in our midst, to create the tension, suspension, and final declension of the narrative.”

In another perspective, Balfour’s ‘Captive’ can be understood as a statement of being held captive by the COVID-19 pandemic.

“I would say it’s a soundscape of mourning, solitude, and captivity; these emotions have cycled through many of us through this time of lockdown, where we’ve been separated from our loved ones, and, unfortunately for some of us, experienced the passing of those close to us without being able to be with family or friends.

“Most importantly, however, ‘Captive’ addresses my own perspective on Indigenous incarceration. When we are finally able to come out with this performance, I think that our audiences will be quite moved by the poignant and multi-layered statement of this concert.”

Take a whirlwind tour of our earlier Reconciliation Concerts, and watch the playlist of performance excerpts below: 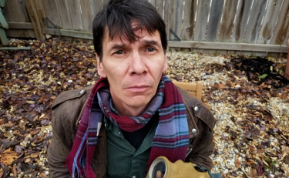